I have been observing a trend in last year and see more and more results claiming people are POSITIVE on THC screens with a initial SCREEN being ignored.  The way a properly conducted test is run is supposed to be just as Quest CLAIMS they do .

Only if and when you are over the cutoff of the initial SCREEN of 1.0pg are they to run a confirmation screen at 0.1pg  . after all their is a reason its call confirmation , you cant confirm something if you never properly screen it initially .

Just like how they lowered cocaine and meth from 500 pg to 300 pg and then added extended opiate panels to get more positives labs are either ignoring the1pg cutoff on initial screen or lowering it to below 1pg  .

Unfortunately their is no mandatory guidelines they MUST obey unless its federal like DOT, so they can cheat you and get away with it .   IT IS NOT FAIR NOR HONEST AND WE NEED TO MAKE SOME NOISE .

Too many times I have to get people to demand a physical copy and often the labs dont want to give it up as it documents you have been screwed.


Here are some examples of people who should have been deemed NEGATIVE and were screwed  by quest . 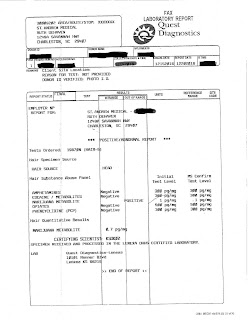 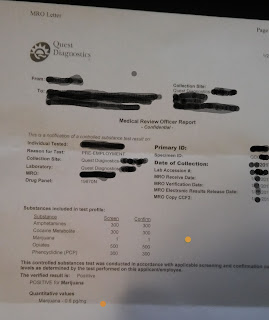 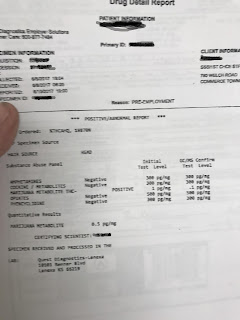 
0.6 is below 1.0 on  SCREEN  so no confirmation is needed   it not would be ran if under threshold

how do you presume the SCREEN is positive if it is  below threshold ?     you dont unless you skip it .


SO quest skips initial 1pg screen to test you at 0.1pg basically nothing and we have discovered psychmedics has their own cheating method ... 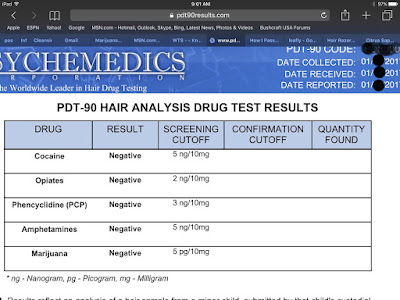 
UNDER INITIAL THRESHOLD  TESTER HAD TO COMPLAIN TO SEE ACTUAL RESULTS 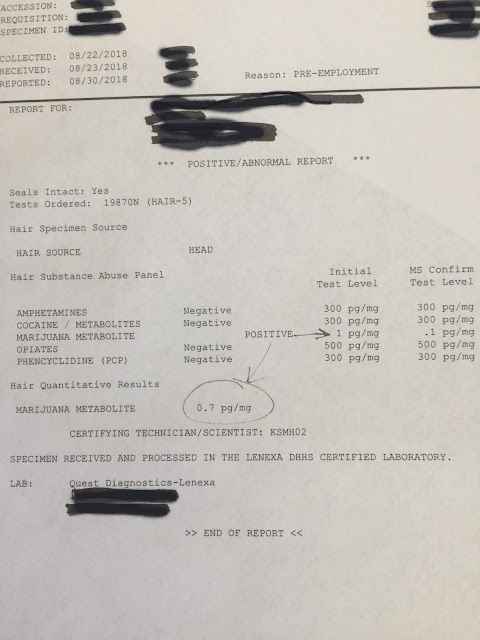 HEAR IS ANOTHER LAB CHEATING PEOPLE 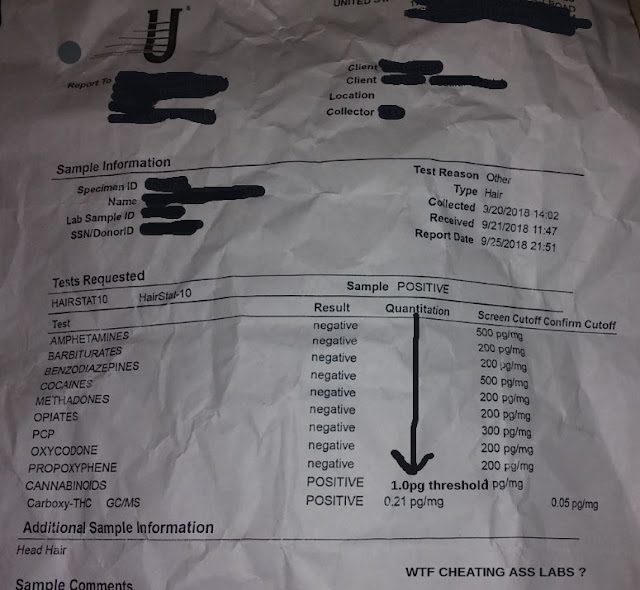 Quest and psychmedics  are admitting hair razor is effecting their positive  result numbers  by their dishonest practices  .