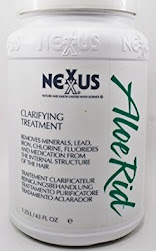 This is a educational informative, historical article / opinion piece.

Protected by Fair Use

Well its been 15 years since NEXXUS Aloe rid  went off the market.  For most of you, all you know is the myth. You know very little of the actual history of the product and its false marketing as a  super special shampoo to pass a drug test.

Once apon a time their was a 2 part product  called Aloe rid, a shampoo and a chelation treatment gel put out by a nexxus to remove hair product build up as a pre treatment to chemical treating hair such as coloring. First you washed with the aloe rid  clarifying shampoo which contained % 0.5 EDTA   and sodium thiosulfate (for treating swimmers green )  then you used the green gel Treatment which contained a slightly higher amount of %1 EDTA which is known as a chelator for removing minerals (not drugs). WANT TO SEE FULL LIST OF ALOE RID SHAMPOO INGREDIENTS AND WHAT THEY DO ?

This was a COMMERCIAL product and has no super special powers despite lies some websites that claimed " they stopped making nexxus aloe rid because it would destroy your hair " again it was a commercial product sold in supercuts,   it was no different than suave. They both were emerald green and  BOTH had the same active ingredient, EDTA . All hair products of this nature have it even suave clarifer.

The first people to re-bottle aloe rid shampoo and treatment and sell it as a hair detox around 2000 was a product called  afterburner. Others starting to learn what they were re bottling and talking about it and the myth was born.  A certain company that sold small tubes of aloe rid learn nexxu swas ending production of aloe rid in 2005 . At the time they changed the formula which is of NO MATTER other than an excuse for the con artist to make a false claim as a marketing scheme claiming the new formula was no good and you had to use the old formula which was the only one in small tubes that the con artist sold .

Being the Aloe Rid propylene glycol myth promoters couldn't just formulate a legit product and were not willing to let it go they NEEDED to continue the aloe rid myth. So they demonized the newer small bottles claiming the  "Old formula had high propylene glycol  levels" story  and "old bottles had a special bar code".

This is how the scam got started, a lie that propalyne glycol a ingredient that was no longer in the aloe rid product was from mars and only if you had the old formula  that this con artist had in stock could you pass a hair test.

well eventually the conartist ran out of the tubes he sold so he would buy gallon bottles from remaining stock as gallons were no longer made in 2006. he would fill bottles and sell them for ten times price.

says old style "aloe rid"  and "pumped from gallons"  with a link to the video mentioned .

Remember  This mass of product was in gallons so they claimed they had to PUMP IT FROM GALLONS to fill plain bottles. The pumped from gallons was born . They even had a video showing them supposedly pumping aloe rid shampoo from gallons, only it was a half gallon jug of the TREATMENT not the shampoo !!  They even put the video link on the bottle encase anyone questioned the reason the website posted an image of nexxus aloe rid only to  received a plain bottle with plain label ( aside from this small print mention it would be considered a bait and switch scheme ) .This is where the pumped from gallons tag line that is still used today by them comes from. 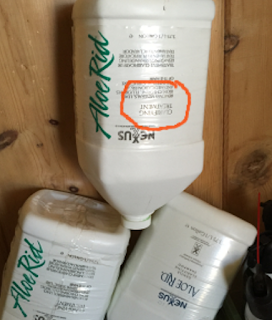 but then the gallons ran out around 2009.

Not to let a small thing like honesty get in the way the con artist started filling bottles with god knows what, It was  not even the same color as aloe rid and now the brazen con artist put a label on it using the aloe rid trademark . this is called counterfeiting in most courts. 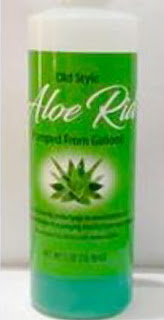 Next they devised a scheme claiming they had obtained a boat load of the original product,  claiming they found 55 gallon barrels of the special barcode stuff.( do BARRELS  have bar codes? )  they also later claimed to had obtained  5 gallon containers neither have i ever seen  .

The excuse for this is still online claiming . " The reason for this, is that we bought in bulk for our supply.  We have large 1 and 5 gallon containers  of the Nexxus Aloe Rid which we use to to pump out the 5 ounces of shampoo into our own generic bottles.  "
Aloe Rid does not have a guarantee........  What does that mean?  It means that the Old Style  Aloe Rid (which is the only version we carry, ( notice read BETWEEN the lines they didnt say we carry NEXXUS )  although we do send you the shampoo in generic 5 ounce bottles, so please be aware of this) is not covered by the manufacturer as it is out of production with Nexxus.... it's not covered under guarantee of refund for failure. "

seems like allot of shenanigans to sell a 5 oz bottle of  commercial shampoo for over 200.00 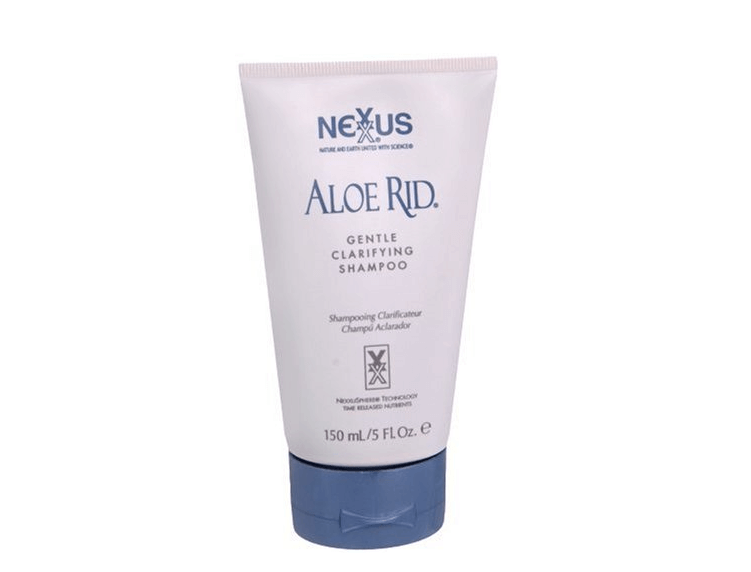 But then sends you this ?.... what would you call that?

In the classic initial interest confusion case, the defendant adopts a mark that is similar to plaintiff’s mark. The defendant’s similar mark is used to attract potential customers. Although eventually the customers realize with whom they are dealing, the use of the mark to create an initial attraction to the defendant through the mistaken belief that the defendant is in fact the plaintiff constitutes trademark infringement. 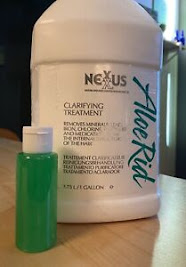 ILL JUST LEAVE THIS HERE FOR YOU TO READ

I(1) Any person who shall, without the consent of the registrant—

Finally sometime in 2018 we noticed they suddenly changed their name and removed all aloe rid pictures and the pumped from gallons video disappeared....anyone want to guess why they would suddenly drop what some may call a bait n switch trademark infringement counterfeit  scheme ?

At the same time they suddenly changed their name from aloe rid they used a modified version of a different product name of theirs that matched a URL we  obtained in anticipation of  new products. At first I got triggered as i though they were doing me as they did nexxus. I now know they changed label from aloe rid to T**** just weeks before so its seems to be coincidence both using aloe rid key word.

So the  new label  no longer carries the trademark infringing ALOE RID mark. But a program of years of confusion  alluding to it as synonymous with original formula nexxus aloe rid and its propylene glycol myth continues.

many people seeking nexxus aloe rid due to ignorance and being sold on the aloe rid / propalyne glycol MYTH  that it works for destroying drugs in hair could be confused and purchase NON  NEXXUS Aloe Rid and may even feel cheated wanting a refund.

This would be the fault of the seller marketing a lie ( ITS CALLED CONTRIBUTORY NEGLIGENCE )  / promoter of the confusion not the one who is exposing it, especially when a product still conducts a purposeful wordage like ...........  " pumped from gallons"  and "old style ". 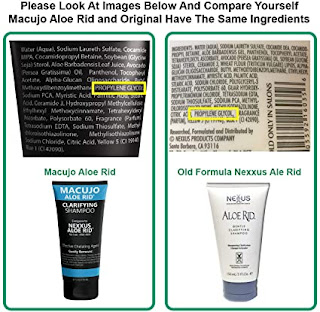 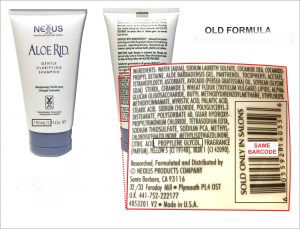 AGAIN, Propylene Glycol IS NOT A ACTIVE INGREDIENT,( its also at bottom of list because its very weak ) EDTA is the active ingredient and its in all commercial clarifying shampoos. 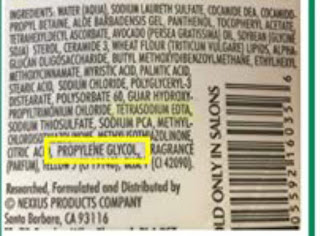 Propylene Glycol is a wetting agent only.  Both EDTA and propylene glycol are in many commercial shampoos. Their IS NO provable effect or difference in these or say SUAVE clarifying shampoo for 5.00. other than .25 worth of PG

As for PG being so "special " you can get a whole bottle of Propylene glycol from a vap shop supply store for a few bucks.  So dump some PG in a big ass bottle of suave and you have same clarifyer (15 x's of it) with propylene glycol for 10.00 bucks if you actually believed in the PG nonsense.

All "METHODS"  are used to sell Schampoos

These aloe rid and the knockoff shampoos that are sold in METHOD promotions which exist solely to sell shcampoo that admittedly do NOTHING. As you need to use another 100.00 worth of household items to TRY and create any reduction makes these  an even bigger deception than this propylene glycol nonsense but that's for another article  .