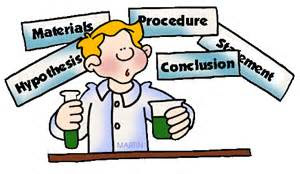 
I recently saw someone post their suggestion at doing a mac method hair treatment. This person started listing all the random over the counter household and acne products and then, they said  Spic and Span !   Uhhh ok, as usual every couple years I  hear this Method being mentioned with a addition or change.  This is the nature of the net and peoples use of it to try to make themselves look smarter than they really are.


So pot head #1 puts random group of shit on a list and calls it a Method.  Then pot head #2  wanting to show how he thinks he's more knowing in separating hair molecules with fucking clean and clear zit wash adds or changes it,  post it on net and the cycle continues.  Now sure, you look around and you will find the purest who will tout the original random bunch of crap to be the only and true way, and for them there is a special place in hell.


So as to make my point and simplify  things ( I hope) I will show there is no METHOD , no logical systematic way of sequence,  I  will go over the mc cujo,  macujo , maccujo, maccogo or the MAC METHOD( they cant even get the name one way ) , home remedy hair detox thingy as they come up on search results and post all with a different list of random shit to this scientific method . oh and there is also the Jerry G method cuzz  im sure some deuce will say i didn't mention that one which i think is just mac with bleach but then why not just say that ... god forbid we give some genus a method name just for his tweek because in reality wed have dozens . 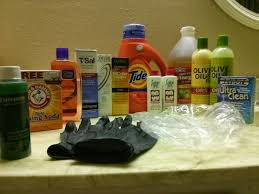 So you see finding a true method would require a consistent list for which to prove it. This does not,  but we will go to the original mac and jerry g method for OUR SOURCE on this break down of foolishness.


Heinz white vinegar   (must be Heinz ?)  Minimal THC metabolisms'  will get all over your head


clean and clear PINK    ( salicylic acid %2)  also Tsal shampoo contains %3 salicylic acid and sometimes they tell you to use both ,  which is pointless)


AND THEN THEIR IS THE PH OF TSAL WHICH MAKES IT  %0.68  NOT %3  AS EXPLAINED IN THIS BLOG  hair-detox-salicylic-acid-and-effect-of Ph

Propylene glycol is a wetting agent and it is a weak penetrating agent. It only takes a substance over 7.0 ph to OPEN the cuticle so yes it would open the cuticle when applied with water but SO WHAT ! As if you open the hair up the metabolites will fall out? 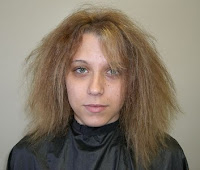 Then with the TIDE detergent  they don't explain what it does but some will say it opens the hair,  as it will because its over 7 ph, but going by this theory or method wouldn't you use it first ?, and if the aloe smid opens the hair what's the tide for ?

This is the same as people who say use clean and clear then  follow with  Tsal when they have same shit in them at useless levels .  It makes as much scientific sense as saying Drink pepsi and then drink coke.   This is what I mean,  its not a method,  its stupidity .

Now the Jerry G thing . its about 150.00 in worthless TOXIN WASH and ZYDOT  but  this version uses bleach and dye.  It  frys your head and you will only try this madness one time and shave your head because all your hair will be breaking off.

ive seen a picture of 40 volume bleach on the testclear site  that shit will burn you!  For them to show a dangerous chemical product  is irresponsible.  The bleaching will probably do some breakdown but at the cost of your hair, which if its fried you can't test it anyway . 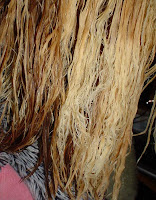 Then you use baking soda , I have no idea why but they will say it opens the hair . OK so how many pointless items is that now that OPEN HAIR ? opening hair does nothing but open the hair , its what goes into it after its open and these "methods"  have no properties that do any metabolizing.
I hope you have more sense than to listen to random website stoner wanna be scientist  telling you THEIR version of this random madness. You dont need to fry your head just to get light THC  use cleaned up . Truth is THC doesn't transfer well into hair and you must be a regular user and  have a low activity level to store the THC in body fat. So most people who say they smoked and  passed with some shampoo  WOULD HAVE PASSED WITH NO TREATMENT.   As for all chemical drugs  you may see a slight reduction after your hair is broken and fried but I don't think thats going to go over well in the lab.